So, I wanted to travel the entire coastline of the Noto, Ishikawa’s peninsula (the piece of Honshu that just juts out into the ocean), for the longest. I’ve heard all sorts of creepy shit about the place from Alien Abductions to the lack of civilization. Wanting to see all these bizarre claims for myself, I gradually began to travel the coast like an explorer mapping the peninsula for the first time. It took me three trips to drive the entire peninsula, and not because of the fact that it’s huge, but because of how dangerous driving the Noto coastline can be.

The first part of my trip was simply driving down the new Noto Satoyamakaidou from Kahoku to Uchinada. Nothing exciting there. But my second leg covered the entire south side of the Noto.

Now, I underestimated the size of the Noto.

First mistake, never underestimate the size of the Noto.

To get through Kaga/Kanazawa, takes about an hour on the 8 or 30 minutes on the Hokuriku Jidoushadou. This is starting from my town and driving straight into Oyabe, Toyama. The Noto is a whole other beast all in itself. So when I started on the Noto at around 4pm, I thought I’d make it completely around before dark.

When I reached Shika, it was already 6pm and the sun was setting. It was a gorgeous sunset caught off the cliffside. Against my better judgement, I decided to keep on driving without realizing that

a) The farther north you go, the lesser the people

b) There are absolutely no street lights

When I reached the Wajima City line, it was dusk and night was creeping on fast.

Wajima is a huge … city. More like county. But whatever, it’s huge. By the time I hit Wajima City proper, it was 8pm.

I had thought that I could complete my journey. Without really checking my map, I thought that the North side of the Noto was a shorter trip than the South Side. So, I continued through Wajima in hopes that I’ll be back in the Nanao area by 8:30 ~ 9.

Third Mistake, absolutely do not travel the North Coast at night.

Once you leave Wajima, it’s you, the cliffside, and the Japan Sea. There is absolutely nothing else out there. Not even street lights. It’s pitch black on your right side and it’s completely pitch black on your left side. The road is extremely narrow and you can only hope that you don’t make a mistake and have your car topping off into the black Japan Sea.

Fucking scared as shit, I checked my GPS and realized I was not even close to even reaching Suzu and decided to turn back once I reached a tourist road stop that was, surprisingly, lit. I hauled ass, made it to Wajima in about 15 minutes, jumped on the Satoyamakaidou and halled ass home. I didn’t make it to my apartment until 12am. I had nightmares that night.

Never travel the Noto at night.

I still wanted to completely my quest though.

The third and last leg of my Noto Adventure took into account all the mistakes I made on the last one and just didn’t make them again.

Leaving my apartment at around 11am, getting the car filled up and ready to go, I didn’t hit the Noto till around 12pm. I realized that instead of repeating the same trip, I would start on the opposite side. So, starting from Nanao, I worked my way up the North side of the coast.

Kokudou 249 is the road that wraps around the entire peninsula as a by pass through the cities. Sometimes it rides the coast while other times it cuts past the coast line. I had to basically pay attention to street signs to keep following the coastline instead of being diverted through the bypasses that cut through the mountains. 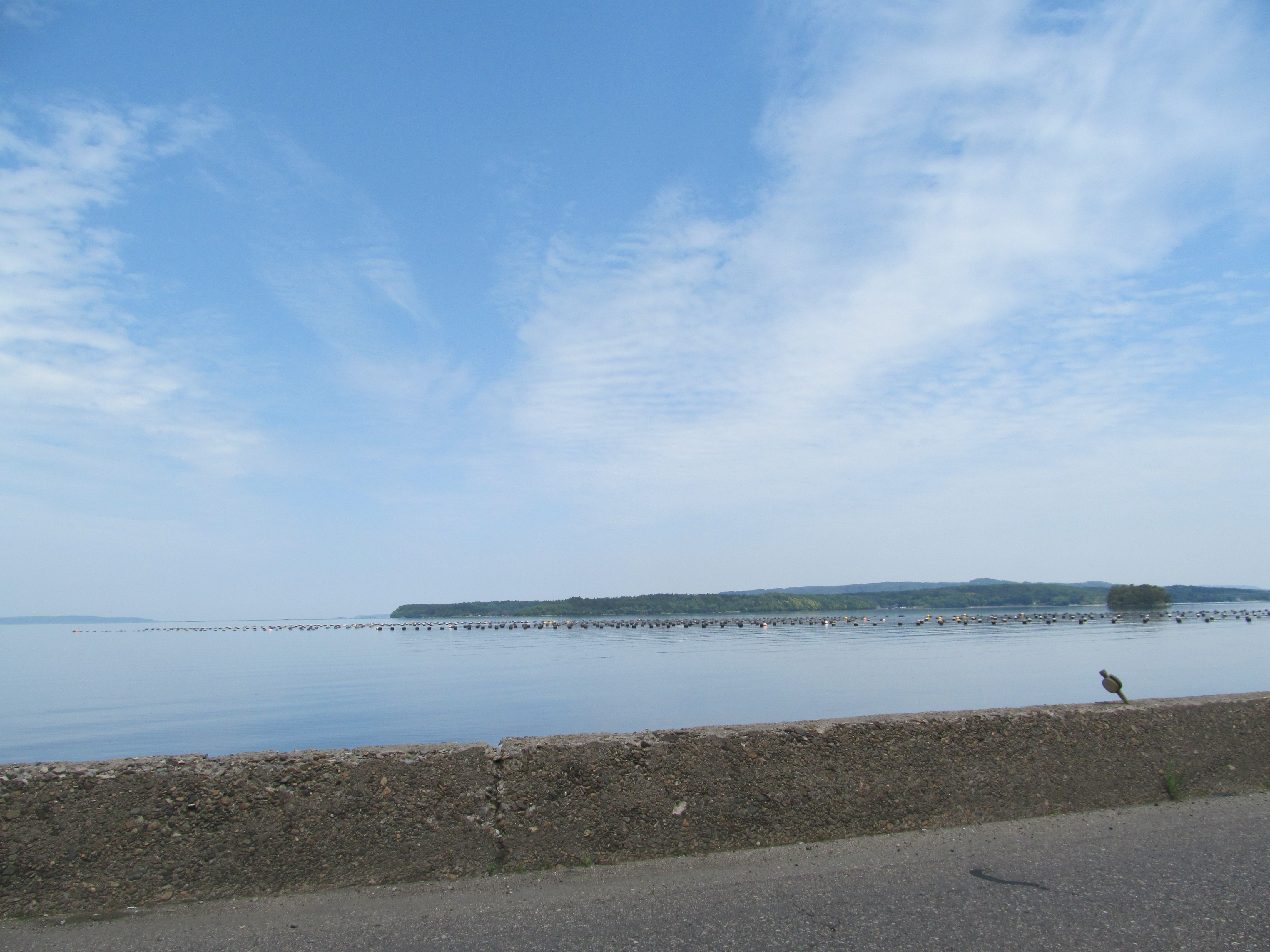 The North Side, around Noto Island, has amazingly blue calm waters. Unlike the South Side and Kaga/Kanazawa, the coastline here is well maintained and not filled with garbage. There’s also a very lazy, laid back, feel to the communities along this coastline. All fishing communities completely dependent on fishing and farming.

When you reach Anamizu Town, hugging the coastline, you have to get off the 249 and get in Kendou 34 to continue the trip. 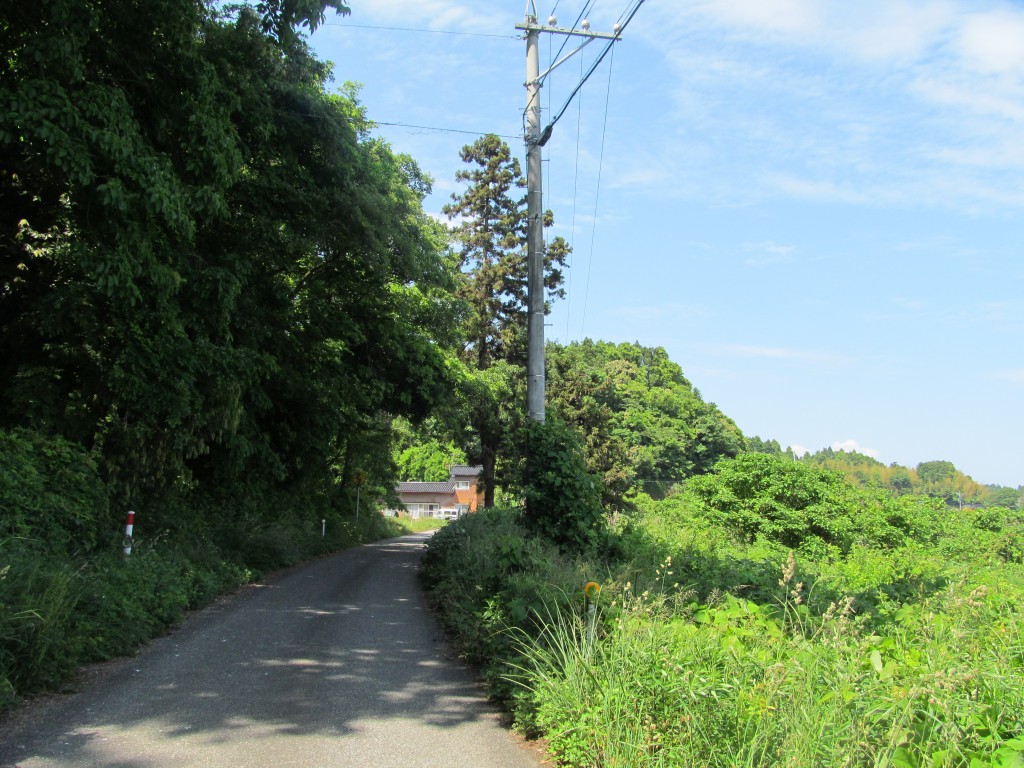 Kendou 34, or Prefecture Route 34, is not really a route at all. It’s more like an abandoned one way road that hugs the coastline and squeezes itself through fishing communities and ghost towns. Vegetation is overgrown and you have to drive extremely slow to running your car into some old person’s vegetable patch.

There are some locals riding bikes and the occasional yellow plate truck but for the most part, its pretty empty save for you and the coastline. There are no trains in this area of the Noto, so the residents that live here are almost completely cut off from the city. There are bus tops but service is pretty much every hour or two. The communities survive upon each other doing their part. I wouldn’t doubt it that the communities are now just made up of one extended family considering how small they now are. 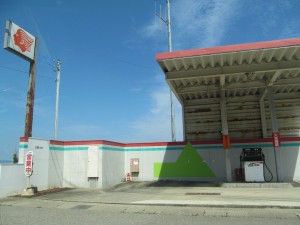 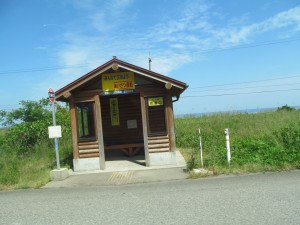 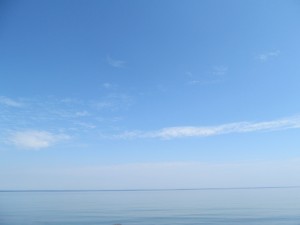 Once leaving Anamizu, it was around 3pm. I had finally reached Suzu, which is the farthest main city on the Noto. Taking a pitstop to just refresh, I realized that I still had another 2 hours to go according to Google Maps to Wajima. Not wanting to repeat the last time, I decided to basically speed through the rest of the coastline to make it to Wajima before 5pm.

The Deep Noto Scenic Coastline Road, or Oku-Noto Zekkei Kaidou, stretches past Suzu City and hugs the entire coastline, dropping you off in Wajima City. Instead of taking the 249 by pass, I jumped on Kendou 12 which eventually merged into Kendou 28. 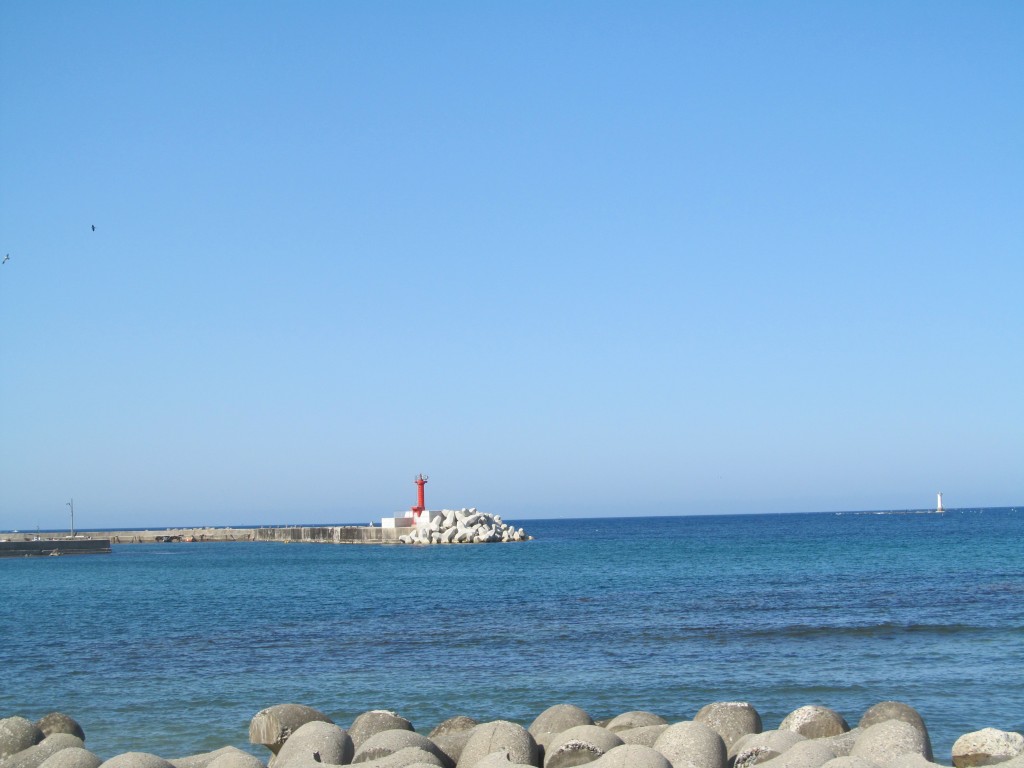 Driving through this part of the Noto gave me a nerdy nostalgic feeling. If you ever played Final Fantasy VIII, the first town you visit is a fishing town that looks and feels exactly like the fishing towns of the Noto. I could just hear the song in my head as I drove through these small tiny towns. 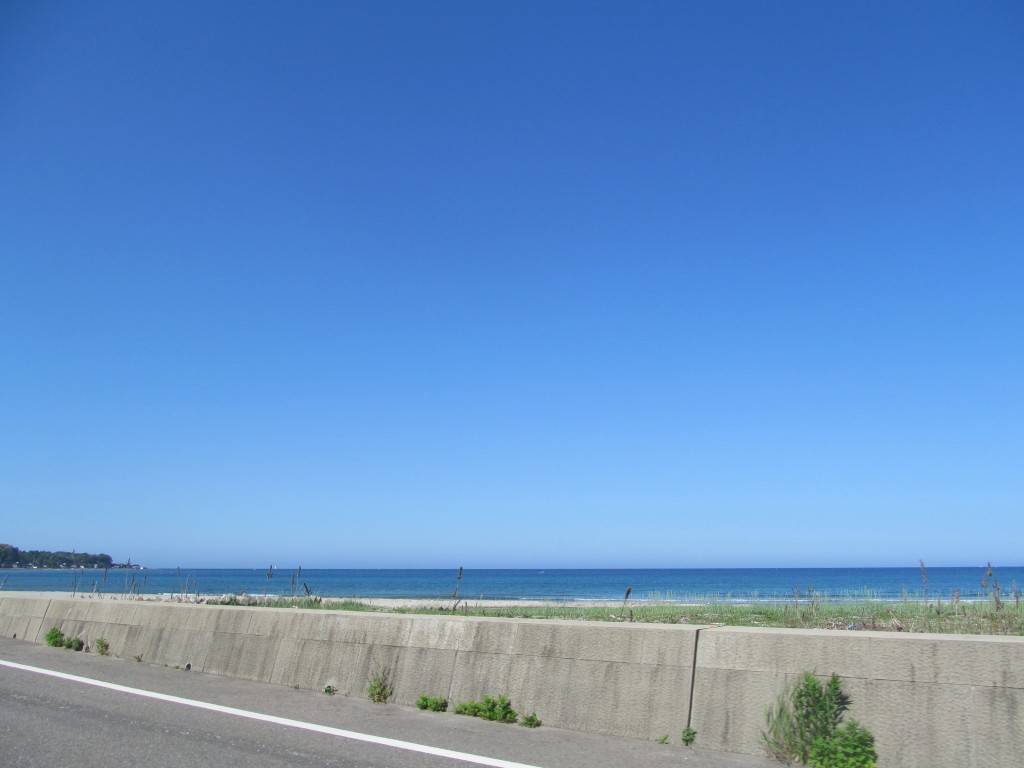 Coming up and around the farthest tip of the Noto, you climb up a cliff which separates you from the coastline. There’s an old light house and inn on the cliff, but due to me trying to make time, I did not attempt to stop. 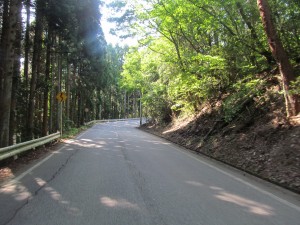 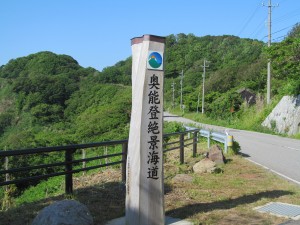 I arrived at the top of the cliff to a really scenic panorama view of the tip of the Noto. There’s a parking spot and a marker that notes you’re driving on the scenic route and a placard of information about when to catch the best sunsets (between mid July and mid August). Of course, you better be planning a stay at one of the local ins or camping out on the coast because driving this road would be absolutely dangerous at night.

Continuing on, it’s was just me and the coastline as I made my way towards Wajima. There’s some interesting rock formations along the coast, as if the planet earth decided to vomit rock all over the place. 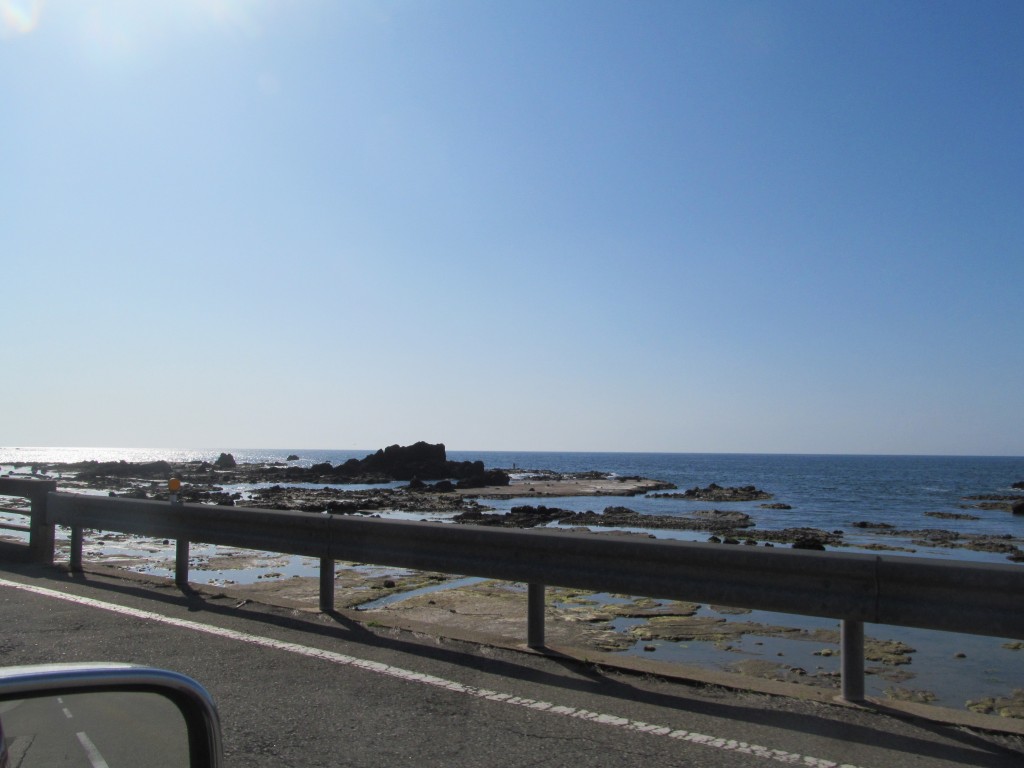 Eventually Kendou 28 reunites with Kokudou 249 and for the remainder of the trip, I drove that to Wajima. Along Kokudou 249 are several salt farms. This area is known for it’s salt and these farms have been in business for hundreds of years. I contemplated stopping to buy some salt but I had no actual okane and obviously a 400 year old salt farm separated from society was not gonna take a Visa.

I made it to Wajima by 5:30 thus completing my Noto tour. 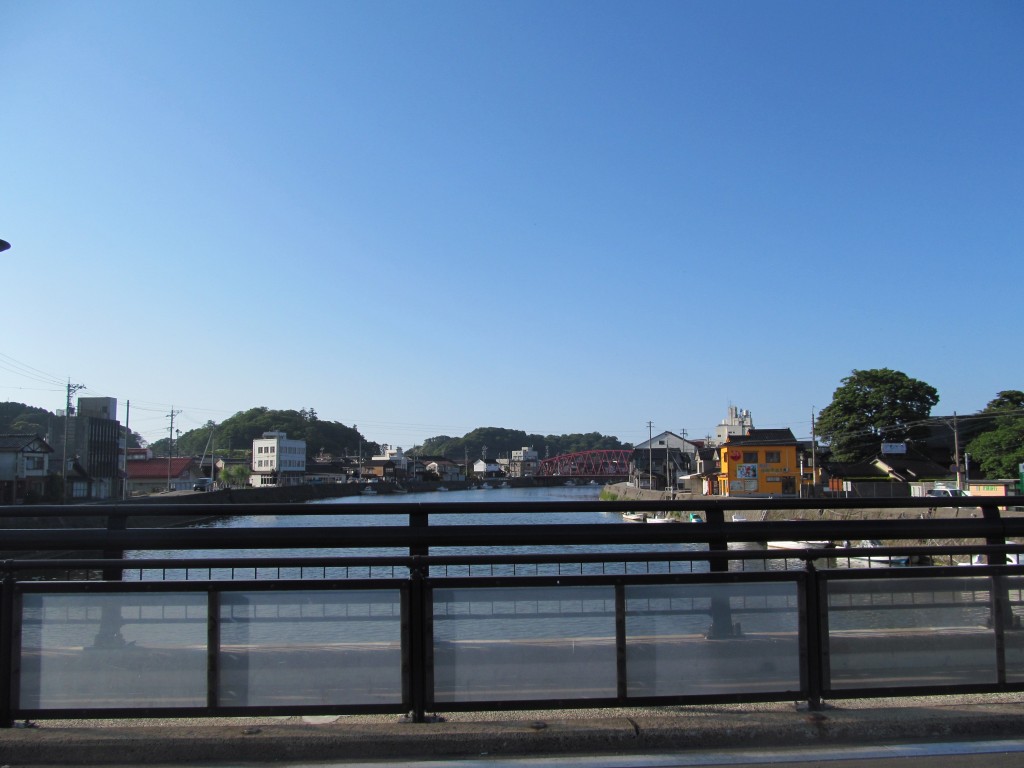 The Noto has a completely different feeling than the rest of Ishikawa. It’s a land trapped in time and maintaining old traditions. Driving through some towns makes it feel like time stopped in 1960 while some areas seem like it never left the Taisho period. While the youth have moved away, the elderly still remain. Old people on electric wheel chairs and walkers still tend to their fields or fish. Old fisherman sit on the pier and drink beer while talking about the good ol’ days. It’s a calming serenity that is like an escape from society.

But it’s also a dying society. Eventually the Noto will just be what the people over here in mainland Ishikawa call it, a dangerous place with nothing to do or see. Everyone will have moved away and the old will die, taking with them their 400 year old traditions. What was once a plance to banish criminals and fallen clans (The Taira family was banished here nearly 600 years ago) due to the harsh winters and exclusion, grew to be a prominent fishing and farming industry, now slowly fading away with the tide.

If you have the chance, definitely dedicate a day to just exploring the coastal towns of the Noto.