According to Google Maps, I’m about a good 3 hour average from the civilization known to the western world. Thanks, Google! 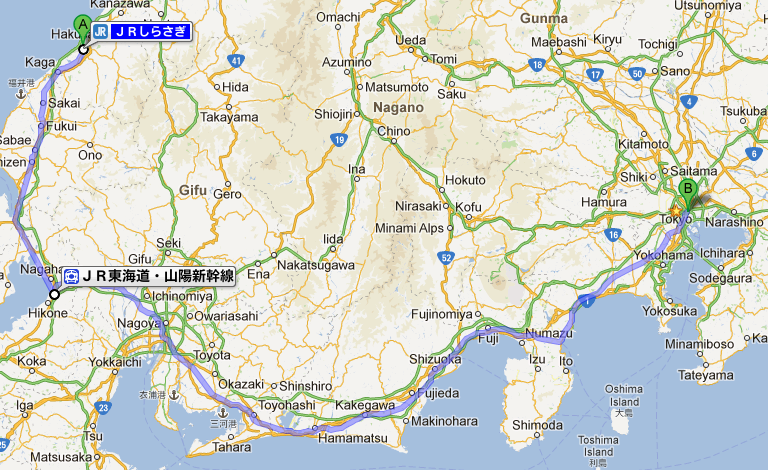 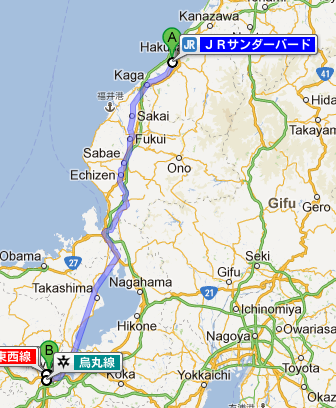 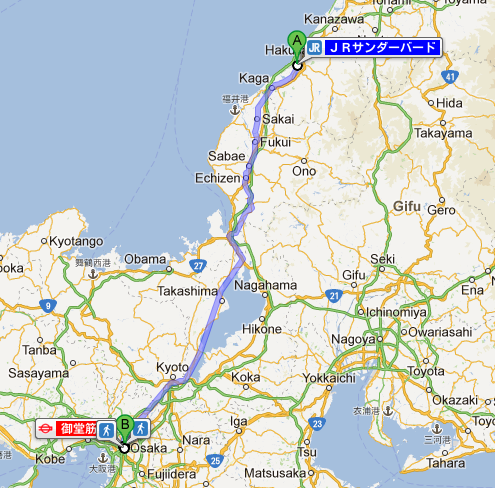 Not bad at all when looking at it. I live three hours from my grandparents in North Florida and take that trip quite often. 2 hours from Orlando and I used to drive that every weekend. So, that’s pretty close in my opinion to the three major cities in Japan. I’m also an hour away from Kanazawa and apparently that’s a weekend trip that a lot of the ALTs in the area make a lot.

Of course, I have some financial responsibilities back home, so I don’t think I’ll be making these trips THAT often.

I’ve been trying to find as much info on Komatsu as possible. I stumbled over some blogs from Komatsu ALTs, JETs and otherwise, and it seems like Komatsu isn’t a bad city. One described it as a city with a small town feel. Everyone knows everyone. I did have an apartment scare. One prefectural JET in Komatsu got this hole in a wall apartment that quite frankly scared the shit out of me. Interac ALTs have better accomodations than that girl.

Luckily, some Komatsu JETs on FB calmed my nerves. None of the preds live in hole in the wall apartments of that size. Those 1Ks are just horrible though. I at least hope for a 1LK… or maybe a LDK. LDK would be nice. Here’s to false hopes!

You’d be surprised how many train otakus upload videos of Komatsu Station and Komatsu Airport. I’ve seen so many driving, train, and plane videos. It’s an interesting city. Definitely middle class, definitely suburban. Rice patties abound and a lot of industrial cause of the Komatsu plant being there. Too bad I just can’t find many ALTs that blog from that city, or general area.

I want to know what its like to be an ALT in Komatsu.

Anyway, that’s it for this entry.

Also, the tag line of my blog is based off of this song.